By Media Partner - SouthFront on March 5, 2018 in News, Veterans, WarZone 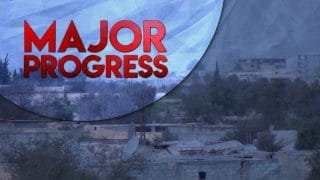 …from SouthFront Last weekend, the Syrian Arab Army (SAA), the Tiger Forces, the 4th Armorued Division and other pro-government units delivered a devastating blow to the defense of militant groups in the eastern part of the Eastern Ghouta region, near Damascus. Government forces liberated al-Shaffoniya, Beit Nayem, al-Rayhanah, al-Muhammadiyah and other points and deployed within […]

Listen To Business Internet Radio Stations with LinkedLocalNetwork on BlogTalkRadio

To be interviewed on a radio show or if you are interested in having your own show email radio@linkedlocalnetwork.com.

Deal of the Day